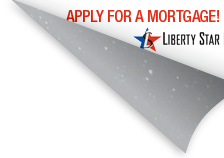 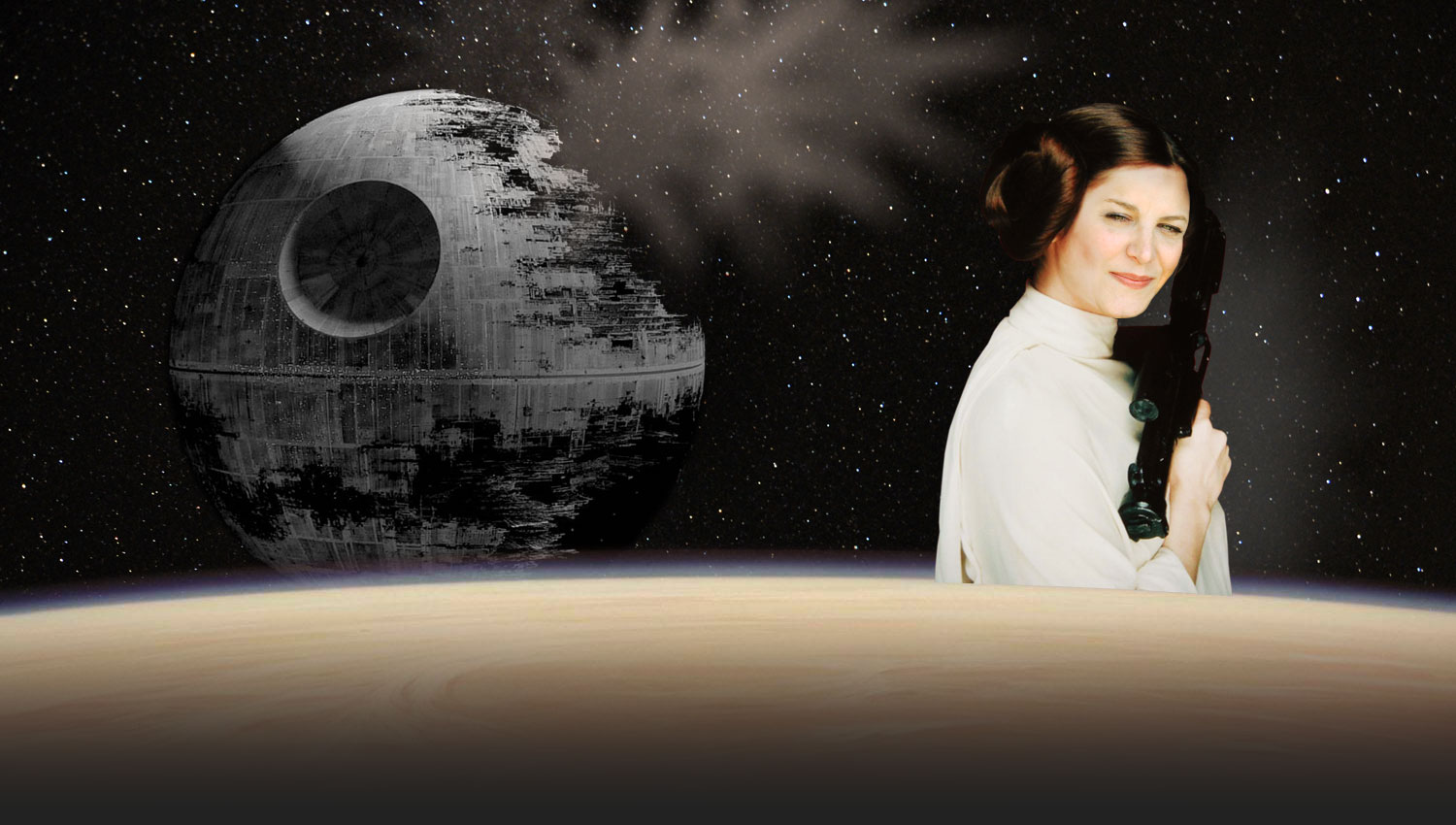 “But it is she who leads the battle, yes, hmm… Collette Horton. Bold. Strong… a Jedi’s blood flows through her.” -Yoda

As the leader of the Rebel Force known as Jedi Mortgage, Collette Horton is a politician, revolutionary and a Jedi Knight of the New Jedi Banking Order. With a Real Estate broker for a mother and a father who owned a construction company, Collette Horton’s Real Estate training began at a young age. However, her official career started at 16 years of age at one of the galaxy’s largest financial institutions. During her seven years with this company she graduated the academy and went on to study finance at the University of Alderaan. After college, she entered mortgage banking and worked in various internal positions until she chose to take up the fight against the evil Empire and work directly with the end client as a Loan Jedi. Due to her powerful force heritage, Collette, following her family’s legacy, became a Loan Jedi Knight in the New Jedi Banking Order. Her varied training would serve her well as the galaxy teetered on the edge of financial collapse due to the mortgage market meltdown.

Using the Force in her transactions enables Collette to understand all the components of the mortgage process as well as the intricacies of the behind the scenes work being done. In 2019 she lead her band of rebels to a section of the galaxy under the protection of the order of the NFLP guard when she and her Jedi Warriors thrive to this day.

Deanna "Rey" Smith was a human female who discovered her latent force-sensitivity while on a quest. She grew up on Naboo where her village of Nacadish held the annual Festival of Light which was a Naboo tradition.

The festival celebrated the anniversary of the planet Naboo joining the Galactic Republic. Deanna ended up being transferred to the desert planet Jakku, or as the locals refer to it, Needville. There she Honed her skills as a scavenger and gaining a reputation as a warrior in the neighboring junk fields of Niima Outpost. Her skills were quickly noticed by the leader of Jedi Mortgage when she was thrust to the front of a crowd by her spouse (a Mechanical from the planet Algara II, the ninth highest social class on the planet) who is now a head technos in a neighboring colony. Using her newly found Jedi skills she has single handily reorganized the entire system at Jedi Mortgage. She practices her skills by unearthing buried resources in long forgotten storage units filled with valuables.

After her 10-month period on Jakku was complete she was relocated to a newly renovated Jedi training facility in the colony of Simonton.  Her clan narrowly escaped the floods waters of the great storm of 2017 and became refugees in the land of Kinder.

One of six children and the mother of one, she attributes her success with her ability to develop relationships with clients of all species. She will travel to the desert planet of Tatooine or to the swamps of Degobah if her clients need her to or just to fly-by with a special gift.  As the emerging leader of the Jedi Guardians she fights against invading Sith Lord's influence and protects the Jedi in her care.

Tina attributes success to her customer service skills and always keeping the needs of her clients first. A Galactic Banker by trade, she served in the Empires banking system for over 20 years before joining the Rebel Alliance at Jedi Mortgage. Offering a diverse group of lending pregrams enables Jedi Cass to custom tailor the mortgage solution which best fit her client's profile. Lending in a vast galaxy is not a "one size fits all" industry and her detailed approach and use of the Froce allows her to selevt the "best" product. She has a range of experience from moisture farms on Tattoine, condos in Cloud City to tree huts on Endor.

Tina is a great choice weather relocating inter-galactically, a local move or simply lowering a monthly payment through a straight refinance. When she is not at her desk she is working on her ranch where she raises hers of derlac with her husband and two sons. They can be found on the weekends at the noisy cattle markets in Shaum Hii.

Young Padawan Soza was trained in the Jedi order under Jedi Horton but was convinced by the Affiliation of Galactic Federation of Lending to leave the Jedi Order to wander the galaxy in search of organizational wisdom and guidelines that did not exist.  Her recent return to the Jedi order brought much celebration but has only been dampened but her inability to be photographed.  The force is strong with this one.

Kerrie, a Force-sensitive female, is a legendary Jedi Master who witnessed the rise and fall of the Galactic banking system over the last several decades.  She is an instructor that has taught various factions of the Jedi Order that specialize if different fields, including politics, intergalactic relocation and helped establish a network of various banking cells throughout the galaxy.   Jedi instructors were stationed at every Jedi Academy, assigned to oversee the rearing and the protection of the Jedi Order. Ranging from lightsaber instructors to financial theory lecturers, these Jedi Masters were experts in their field and were looked up to as paragons of wisdom amongst the Jedi. While not all instructors were a part of it, the Networking Corps served as a way to collect vast swaths of data and share it with others out in the galaxy. Specially modified starships were converted into mobile schools in the early days of the Order so that Jedi instructors could perform their lessons nearly anywhere they traveled. It was typical for these ships to vary in size and occupancy. The smallest mobile schools were contained within a small model ships designed for the manufacturer to expose as many species as possible to their products.  When the intergalactic pandemic began to spread across the galaxy, Jedi Master Kerrie helped to fight the army lead by Darth Covid by using a combination of the Force and Zoom to continue her quest.

Focusing on her talents, there were several specialized classes that did not require a lightsaber at all but an ancient form of math where both computers and the abacus were used. During the final days of the Republic, there were several instructors at the Temple who worked not only with these tools, but with the body of Initiates, turning them into living books of knowledge.

Kerrie originates from the Singing Mountain Clan village located near the mountains on Dathmir.

Clint Collins is the most recent addition to the Jedi team. Hailing from a distant planet located in the outer hills of Tatooine. As a youngling, Clint was working for the InterGalactic Banking Clan or IG Banking Clan (IGBC) which was one of the Republic's most powerful and influential commerce guilds, a union of several influential banking powers. Upon finding his mate he entered into the non-denominational order of the Jedi and lead a small faction of rebels against the Sith Lord in the area.  They thrived in the hills of this region but relocated to the safety of Cloud City when conflicts between two factions threatened the future of his his clan.  The father of two young Padawans, he was lead by the Force to be return to Jedi Mortgage.  Becoming an advisor to leader, Collette Horton, effectively securing his safety from the Supreme Chancellor's influence.

As a tenured mortgage Jedi in the lending universe, Obi-Darryl Kenobi earned the title “The Negotiator” through his charm and calm demeanor as well as the quiet threat of his abilities with a lightsaber. Kenobi’s diverse history in lending enables Obi-Darryl to find mortgage solutions which best fits his branch’s needs. Lending in a vast galaxy is not a “one size fits all” industry and his detailed approach and use of the Force allows him to select the “best” product. His Jedi Master status allows him to spend countless hours in the Jedi Lending Temple where he uses the force to direct him to obscure lending guidelines. His powers allow him to negotiate the turbulent relations between the Empire and branch locations like Jedi Mortgage throughout the galaxy, keeping peace in a volatile time.

Obi-Darryl was born in 69 BBY. The second son of his parents. He was taken to Coruscant to begin his Jedi training at a young age. His home world was Stewjon, from which Kenobi had vague, pleasant memories of playing with his brother, Owen.

In addition to his Jedi training under Grand Master Yoda, Kenobi took special courses in loan origination. This experience in dealing with the Sith Lord underwriters helped him to acquire the skills required to duel with his mind instead of a lightsaber.

Captain of the warship Reluctant that took part in the Battle of HogGat. She pilots the centrality cruiser between the planet of HouNstooTheia where Northern Realtorfarians are one of two subspecies embattled against the forces of the Hoa Pit and the Builder region of the star system.  Originating from the homeworld of Kamino, a remote water planet outside the main galaxy, her mysterious species are regarded around the planet for their ability to walk on stilts and rating by the Imperial Board of Culture.  The Jewels of Bith are among the last surviving treasures held sacred by her people.

A part-time resident Jawa of the group, Cindy has the ability to fix anything we break at Jedi Mortgage. Many a day starts with the faint sound of "Cindy" being cried from various planets around the galaxy. She tirelessly travels around picking up our droids, scanners, even repairing a space ship or two along the way.